Scientific Reason for the Seasons

Scientific Reason for the Seasons 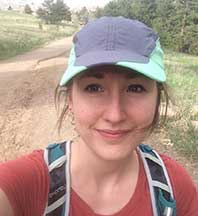 After moving cross-country from the deserts of California, I’ve experienced the drastic seasonal changes of Central New York. And during this transitional season of autumn, I began to wonder…why do the seasons change? And why are they so different across North America?

There are other differences that contribute to seasons. The Northeast has much more drastic seasonal changes than the West Coast. This is not due to the Earth’s tilt, but instead due to prevailing weather patterns and geography. Because these weather patterns move from west to east, the West Coast climate is kept more stable by the Pacific Ocean and the Northeast receives weather from across the Great Plains, resulting in snowy winter storms. Mountain ranges and elevation are also important for seasonal climate changes. Higher elevations are colder, windier, stormier, and wetter than sea-level elevations.

So as we continue to tilt our way around the sun, take a moment to think about the connections between our weather here and all across the world.

Why do we have different seasons? – https://www.youtube.com/watch?v=WgHmqv_-UbQ

Specific heat of water  (why living near the ocean has more stable temps than inland) – https://www.khanacademy.org/science/ap-biology/chemistry-of-life/structure-of-water-and-hydrogen-bonding/a/specific-heat-heat-of-vaporization-and-freezing-of-water