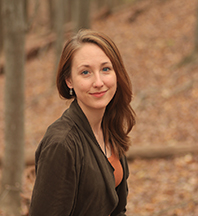 As October draws to an end, I love seeing all of the different autumn decorations throughout my neighborhood. Just as nature celebrates the season with brilliant leaf colors, humans celebrate autumn too. Halloween is one of my favorite holidays, but I found out there is more to the story than just fun costumes and candy.

Halloween has its roots in the ancient Celtic holiday of Samhain (Gaelic for “end of summer”, pronounced sow-in). Originally this was a religious observance where the souls of the dead would return to their homes.To ward off spirits, people would dress in costumes and light bonfires. This tradition has existed for hundreds of years in Ireland, France, and the United Kingdom, and made its way to the United States in the 1800’s.  Trick-or-treating became popular in The United States in the early 20th century from Old World Irish and Scottish customs of “guising” (disguising oneself in costume, telling a joke/reciting a poem/performing a trick in exchange for fruit or other treat).

Of course, not everyone celebrates Halloween. Cultures all over the world have their own type of autumn rituals to celebrate the end-of-summer harvest season. For example, in Mexico and for those of Mexican heritage, November 1 and 2 mark the Dia de los Muertos, or “Day of the Dead” celebrations. Instead of the haunting themes of Halloween, this is a joyful and colorful holiday for honoring deceased family members, trading gifts with family/friends, and celebrating life and death.

Take a look around your own neighborhood and appreciate all of the different ways not only nature, but humans too, celebrate this magical season!