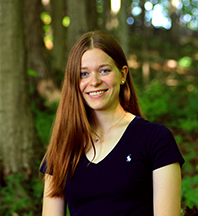 Autumn is the foggiest time of the year. As we approach the equinox, you may notice more fog in the valleys, over the lakes and ponds, through the fields and forests, or in your neighborhood. With the shorter days and longer nights this season, fog will become more common.

Fog is simply a cloud that forms at the surface. One common misconception about fog and clouds is that they are just made up of water vapor. While water vapor is indeed present in clouds, it is an invisible gas that we cannot see. What we do see are millions of tiny liquid water droplets which make up the visible part of the cloud.

Fog and other clouds form when air is cooled to the dew point temperature. The dew point is the temperature at which the air is filled with water vapor, like a completely saturated sponge. At this temperature, water vapor will start to condense out of the air to become liquid water droplets, because the air cannot hold any more water vapor.

In autumn, there is less heating during the day due to the lower sun angles and less daylight. At night, heat radiates off the earth. Since the nights are longer, there is more time for heat to escape, and therefore, a greater chance that the temperature will cool enough for fog to form. This is called radiation fog.

If dew points are relatively high and the air temperature lowers enough, it is possible to wake up to particularly dense fog on some fall mornings. For those of us who enjoy the spooky and mysterious aspects of autumn, these mornings are exciting. However, for those who find those mornings quite gloomy, there is some good news. As the sun rises and begins to heat the earth, this fog will usually “burn off” by the late morning, giving way to those beautiful and cool fall days we look forward to.